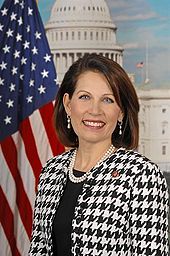 (BrightCitizen.com)  Another debate ends in the United States of America for the Republican Party nomination.  The debates have become a very effective way for Americans to conclude which candidate they like best.

Strangely, the bulldog status of the events seems to have been taken up by Congresswoman Michelle Bachmann of Minnesota.  As a candidate of no particular influence, it seems her message is not to actually have a message but to attack whomever is a front runner in the polls.

In the debates, the Bachmann bulldog has locked on to the poll leading candidates with various criticisms such as Perry over Texas immunizations, Cain over his 999 plan, and Romney over not being a true conservative or flip flopping (which we tend to agree on that).

Today in Sioux City Iowa, Bachmann attacked mostly Gingrich for not being a true conservative (despite a record to the contrary) and try to label him as a lobbyist for working as a consultant in the housing industry.  Will it stick?

Most likely not, as factual errors and dwindling interest have taken the air out of Bachmann’s political balloon.  From the bulldog perspective, Bachman has been like Hillary Clinton in the 2007 election primaries.  However, Bachmann has not got the support among Christians (whom she is trying to court), women, or any other special groups of influence at this time. The only person to really talk supporting her is Glenn Beck who many see as a front for actually supporting Romney or Huntsman later on due to his background religious connections.

It will be interesting to see if Bachmann can get any momentum in her campaign.  We certainly would like to see more ideas of her own and an end to criticizing others because they have higher numbers in the polls.