Judge Brett Kavanaugh thoroughly refutes the accusations of leftist politicians attempt to take down his nomination to the Supreme Court of the United States.  Watching the video, you will find that they targeted the wrong guy.  How many of us keep a thorough record of what we have done during our school days.

We’re looking forward to seeing Judge Kavanaugh on the US Supreme Court!  A man of great integrity that has overcome the pollitical hit job shall surely help make America better and give hope for a country in search of direction.

Below is a very with not questions from Senators.

Did Hawaiian Senator Mazie Hirono smoke too much ‘Maui wowie’ (marijuana) ?  In this interview, she tells all men to ‘shut up and step up’.  In her mind, all men are sex offenders, rapists, and perverts?

For years, Hawaii has struggled to keep good teachers in their public school system.  Mazie must have been highly educated but how could she make such ignorant conclusions?

She should probably take her own advise and not talk about what you doesn’t know about. 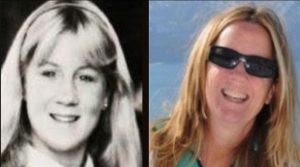 (BrightCitizen.com) Washington DC seems to have no shortage of divisiveness.  How a ‘disunited states’ can continue to prosper is very concerning even to the passionately positive people among us.

The highest Judicial Court of the United States of America has a nomination from President Donald Trump for a new Justice or Judge to serve for lifetime appointment.  The judge has a very positive record, is well regarded amongst all that he has worked with over his career, and is considered to be consistent with the conservative traditional values of the United States.  The issue is he is not being recommended by the leftists in the Democratic Party of the United States but instead a ‘Republican’ nomination.

After several FBI background checks, weeks of testimony, and hundreds of meetings between Judge Brett Kavanaugh and Members of the United States Senate, and anonymous letter from July is released just before confirmation process to the full senate begins.  The accuser, Christine Blasey Ford claims that she was groped in a bedroom 35 years ago by the young future judge at a beer party in Maryland.  Unfortunately, there are many problems with the story

Based on the timing and story, it would seem that everything is about trying to prevent a republican nominated judge from being seated on the US Supreme Court.  Is Ms. Ford a political pawn, a liar, or confused?  Ms. Ford is a political activist on the democratic side.  She has given money to political causes and signed her alias name to a letter against President Trump’s moves to fix immigration.  She has attained a post graduate degree so we would conclude she is likely no fool.

Based on the above, Christine Ford would seem to be an actively engaged political pawn trying to derail a nomination and destroy the personal lives of the target judge and his family.

Christine Ford’s story seems to have more holes than a shot-gunned milk jug.  What’s your take?  Feel free to make thoughtful comments below.  Avoid the politics and stick to the logical side. 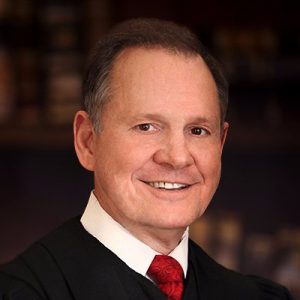 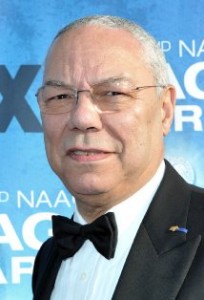 (BrightCitizen.com) There is just too much questionable activity under Mr. Eric Holder.  He is not coming clean with the US Congress and in fact blocking people from being truthful and transparent.  One writer summarizes

The case against Eric Holder could begin and end with his handling of “Operation Fast and Furious,” the program in which our Justice Department deliberately allowed the sale of nearly 2,000 firearms to Mexican drug cartels, and then intentionally lost track of them. In December 2010, two of these guns were found at the murder scene of U.S. Border Patrol Agent Brian Terry, yet Mr. Holder still has not held anyone accountable. Moreover, his sworn testimony has repeatedly been contradicted by internal memos, and his administration has misled Congress.

But that isn’t where it ends.

Last week, we again witnessed Mr. Holder’s willingness to put politics before justice, when he refused to appoint an independent special prosecutor to look into the unprecedented leaks of possibly classified operations. As Democratic and Republican Senators have made clear in a resounding voice, these leaks endanger our national security and the lives of the men and women sworn to protect it.

When people begin to question your credibility in justice.  You’ve got a problem.

There is so much more that can be called into question regarding Eric Holder.  The main thing to recognized that a person with credibility issues cannot be allowed to work in the justice depart.

(BrightCitizen.com)  We all know it.  The government can not manage things well, or even efficiently.  One of our senators commissioned a study and found out what has been done with some $18B of taxpayer money that has been set aside for ‘job programs’ which Barak Obama said was his highest priority (to solicit votes no doubt).

The 2011 Government Accountability Office study he [Sen. Tom Coburn] commissioned, which examined programs in fiscal year 2009, found an overlapping and duplicative maze of 47 federal jobs programs run by nine agencies. Some were rife with mismanagement, waste, fraud, abuse and corruption.

You can read more here.  However, we have yet another reminder of the importance of a country governed and constant under check for quality and consistency… just like an effective business.