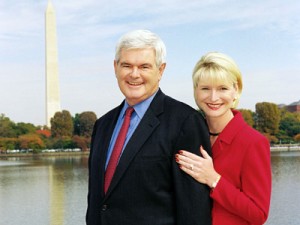 (BrightCitizen.com)  We all knew it would happen.  Whomever doesn’t tow the CNN, MSNBC line must be a radical and cannot be mainstream.  Unfortunately, ‘mainstream’ to the biased media means generally people who don’t believe in the traditional family, are pro-life, and believe that work is something you do well and you will grow financially and academically.

Now that Mr. Herman Cain has lost the lead in the polls due to the dubious sexual harassment accusations it seems the media attack has changed.  Jack Abramoff fired one of the early shots by calling Newt Gingrich a dirty politician in his piece on Reuters entitled, All Of Washington Swims In Newt’s Swap.  Aren’t we fed up with name calling and willing to give someone a chance?  Anyone who has ever run a business will realize 1m USD is not much to talk about.  People need to earn a living and most people will accept whatever a company pays them for their work.  Why don’t we ask the people who requested the service about it rather than assuming it was illegal or dirty?

Furthermore, Americans don’t need witch hungering mentality like Mr. Abramoff’s article is attempting to do, attacking someone because they were somehow in office.  Could he is prejudiced against Mr. Gingrich or the ideals he stands for?

Of course, lobbyists and interest groups in Washington are corrupt and should be banned.  A recent interview of a lobbyist by Mike Huckabee sheds some bright lights on how easy it is for these people to go over the line of honesty.  Clearly, this is something that needs attention in the nation’s capital.  When you dig down, you find that Jack Abramoff was the guy who went to prison.

Just because there is corruption in Washington, does that anyone who has served in Washington or worked for the government is corrupt until death?  We think not.  The best engineer to fix a system is a person who understand how it works.  Rather than trying to beat up someone because citizens’ interest in the polls are rising, let’s ask more questions and get a good understanding of what they would do when they were in office.

Clearly many business professionals regret the lack of not getting to better know our current president and some members of congress before they were put into office.  People are getting smarter as we see the rise of the Tea Party movement in the country forcing politicians as well as the people who support them to be more transparent.

As for Mr. Gingrich, let him debate, let him compete for the job.  Competition is what brings growth.