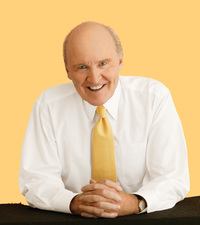 (BrightCitizen.com)  Is America ready for a Mormon President?  We at BrightCitizen believe that Mitt Romney has to do a lot of convincing to get the evangelical Christians on his side.  Jack Welch the former CEO of General Electric said in a recent interview,

Look, it’s hardly a secret that we support former Governor Romney. He is, in our view, the most qualified and electable Republican candidate left in the race.

But we‘re concerned that Romney is not facing reality the way it is – which is that his religion is going to become a major issue. In fact, we can imagine that come the general election, Romney’s taxes and his years at Bain will be background noise and the foreground roar will be all about Mormonism.

And why wouldn’t it be? His religion was an issue last time Romney ran for national office, and America’s large bloc of vocal Evangelical Christians, which any Republican candidate will need to win the White House, has clearly signaled once again that Mormonism is an area of deep concern. And yet, even with that evident reality, it appears this is Romney’s Kodak Moment. He’s hoping and waiting.

Hoping and waiting is not a winning strategy.

You can read the whole article and see the interview here.  But the point is, Mitt Romney tends to hope things just go away as he did when there were calls to release his taxes and he scoffed.