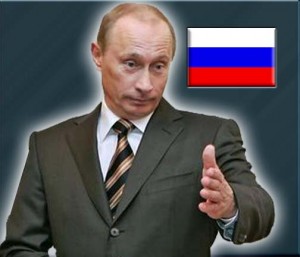 “Frankly, when I looked at the television screen and saw something hanging from someone’s chest, honestly, it’s indecent, but I decided that it was propaganda to fight Aids – that they were wearing, pardon me, a condom,”

Apparently, many things have happened that seem to indicate Putin is not for a free Russia.  Putin instigated a questionable jailing of one of Russia’s most successful businessmen, Mikhail Khodorkovsky in 2003 for tax evasion. There seems to be a rising sense of dissatisfaction among the people that Putin’s self promotion as a tough guy (search on the internet under his name for pictures) and old controlling and deceiving KGB ways could be coming back out to rig the elections.

Is Putin a dictator?  It seems like many are thinking he is going that direction.  We hope not.