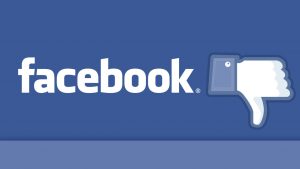 Facebook is the fantastically successful company founded by a sneaky son of a dentist. They make money selling your details on people.  They generate cash by telling others about you.

Do We Really Need FaceBook?
People use FB for keeping up with friends and relatives. We also look for ‘likes’ from people we don’t really know. Sadly though, many relationships have been broken by FaceBook. People leaving their spouses for an old flame, others fighting over political points that really don’t matter (it’s okay to respectfully disagree), and all sorts of trash talk because people don’t get something the way they wanted. People looking for approval on the platform by being accepted as a friend or being liked. Seth Godin recently commented on how superficial our relationships are on social media, AKA social surveillance media.   A friend is someone you can visit and maybe even sleep on their couch when you visit their city.

FaceBook Shares More Than You Think
Recently with the Cambridge Analytica scandal where Facebook users data was taken by third party advertisers, the world saw how loose Facebook really is. They are tough on bloggers and leaders that don’t share their morals but happy to share our information, posts, pictures as well as whatever we’ve given them as well as those who are connected with us.

FaceBook is founded on the concept of using your information to make money. They have repeated scandals about bleeding user information and giving away our data. The Cambridge Analytica revelations reveal that again. It has become the last straw for thousands.
When the founder and insider of a company that made billions of USD from being acquired by the social surveillance firm says it, it’s probably time to start listening. After all what good really is this company for society?

Copy and paste freely!  Post on your internet feeds and spread the word!