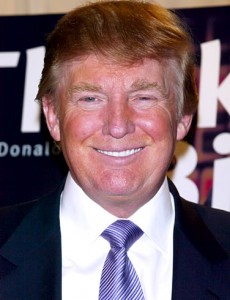 (BrightCitizen.com) Yet again we see Donald Trump threatening to run for the US president.  Apparently he will be moderating a debate in December.  In a recent telephone interview he stated, if he’s not satisfied with the party nominee – he’ll run as an independent saying,

“If I endorse somebody, I’m with that person,” Trump said by phone in Florida. “But if somebody else gets in who I think is somebody that I don’t think is appropriate for the job, I don’t think could win, I don’t think would well and would maybe not be a good president, and if the economy continues to be bad, I would run as an independent, yes. I don’t want to do that, I love what I’m doing, and I’m doing it well, but if — if — those circumstances happen to happen, I would do that, yes.”

No one is going to be completely satisfied with any candidate.  We have learned from Barak Obama that the president needs to have experience not just the ability to whip up a crowd.  People are not satisfied with politicians but Mr. Trump running for President would likely just be a side show as most people will not consider him a serious candidate for President.  Our request to Mr. Trump, please focus on your business.